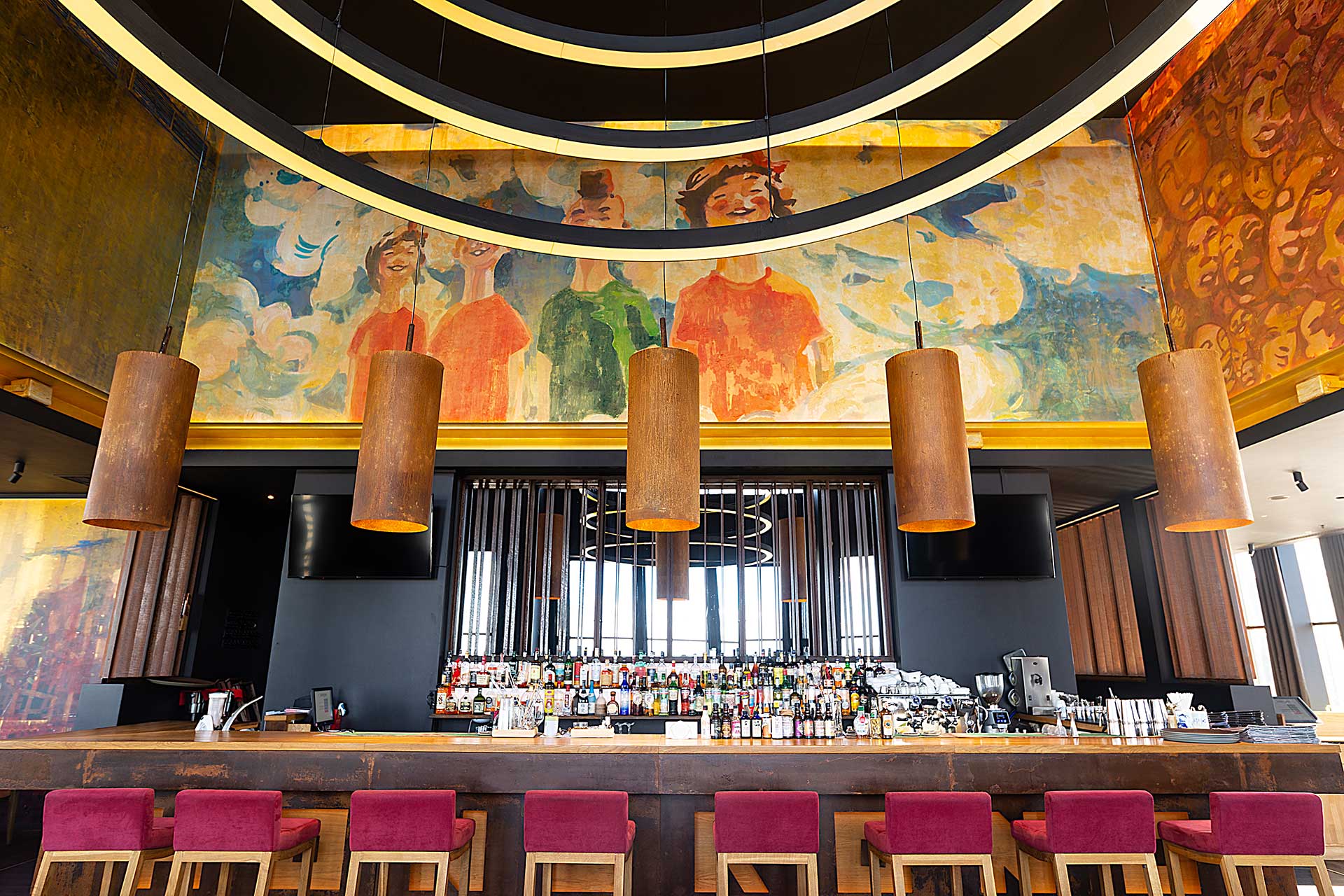 Moscow restaurant Hong Kong, created by the famous chef Dmitry Shurshakov, appeared relatively recently, but very quickly gained popularity. To open a restaurant on the 24th floor of the hotel next to the park was a rather bold idea. The main risk is the location, which is not quite ideal from the point of view of the Moscow public. But the location, together with the name of one of the famous Moscow chefs, became the main “chip” for gourmets.

Stay at a height of 24 floors

It is very pleasant to come here after a walk in the park or shopping in the boutiques of the center of the capital. In the daytime it is almost always quiet and comfortable, even a large number of guests will not interfere with your rest.

Relax here and guests of the Holiday Inn. Yes, and other guests of the capital can often be found in this place. The panoramic view of Moscow from the height of the 24th floor is really impressive. And because Hong Kong is increasingly included in the list of tourist sites.

A few words about the kitchen

The cuisine in the Hong Kong restaurant in Moscow is unusual, but it attracts many gourmands. “Culinary hooligan” Shurshakov has long been known for the ability to create unusual, but incredibly tasty dishes based on traditional recipes.

In this institution in the kitchen reigns Asia – China and Hong Kong, Vietnam and Taiwan. All this is complemented by Hawaiian and European “notes.” But the most important thing is the unusual combination of spices and other culinary tricks from Shurshakov, which make familiar dishes that seem to be, sometimes unexpected, and sometimes even hardly recognizable. But all this is really very tasty! However, for connoisseurs of traditional menus in the restaurant, Hong Kong will also select options to taste from Chinese, Pan-Asian or European cuisine.

Another “trick” Shurshakova was not forgotten in this project – the original presentation. The decoration of dishes sometimes delights in such a way that one does not want to destroy beauty, and sometimes even shocks. In general, you will have plenty of impressions from visiting a Hong Kong restaurant in Moscow! And you definitely want to come back here again and bring friends.
By the way, in the evenings it is especially beautiful here, and the entertainment program is on top. And if you’re lucky enough to look into Hong Kong in the summer, be sure to visit the open veranda. There the view is even more spectacular than even from the most comfortable sofa near the window.

Come – this restaurant in Moscow deserves your attention!